What is graduation tower? 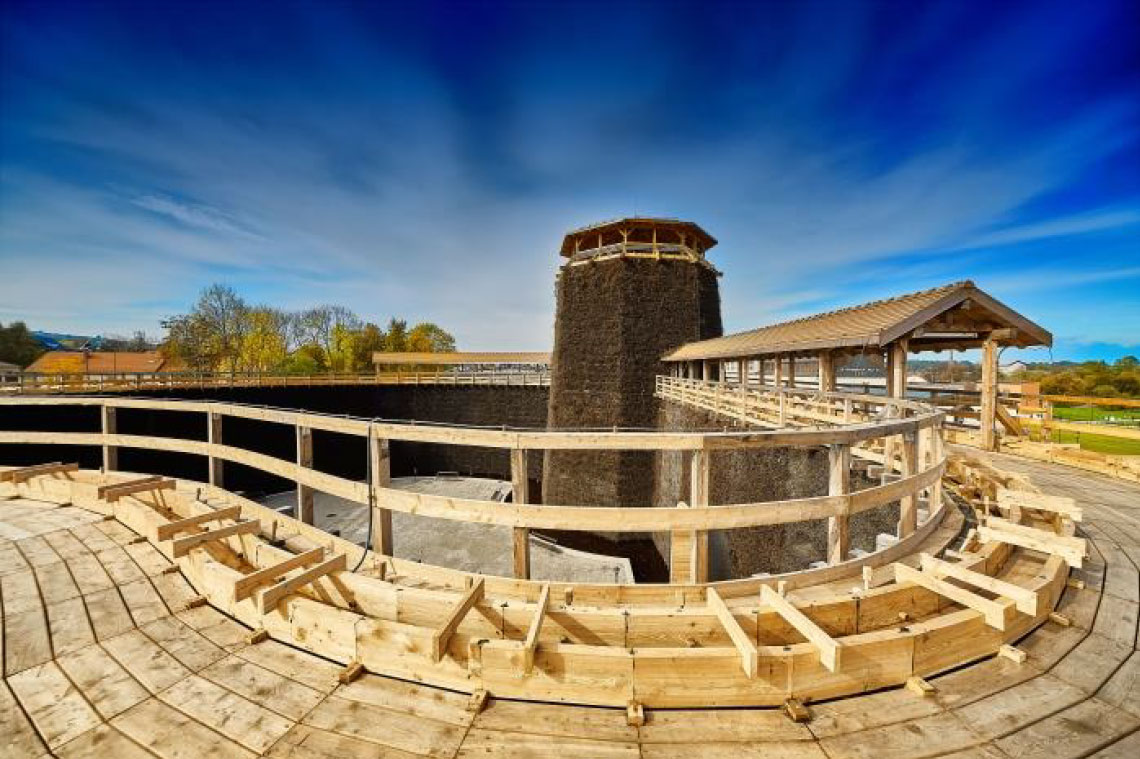 Our concept was born in Poland and in particular, from the Wieliczka Salt Mine. Graduation towers as these are used daily by locals and tourist. Our salt cave graduation towers are a mini version of these described in this article.

The “Wieliczka” Salt Mine Graduation Tower

Looking at the graduation tower from a distance it resembles a castle or an ancient settlement. Coming closer we see that it is a massive construction filled with blackthorn branches along which brine flows. Although this construction is not a fortification it can most certainly be called a stronghold as it protects our health and enhances our body defense systems. At the same time the microclimate within the tower area acts as a natural treatment inhalatorium.

The town of Wieliczka in the nineteenth century was a well recognized spa in Europe. Patients benefited from the curative properties of brine baths and the founder of the prosperous Saline Baths, Dr. Feliks Boczkowski, continued to boldly dreams of the future development of treatment procedures. The challenging reality of Poland in the days of its partition dispelled these dreams, but the concept of the spa survived and was undertaken up by Professor Mieczysław Skulimowski, a most worthy continuator of the idea. Today’s spa traditions in Wieliczka are continued by the Health Resort of the “Wieliczka” Salt Mine and the graduation tower is yet another significant step taken towards restoring the town’s image as a spa resort. Health care, apart from tourism, is the second important pillar of our activities the objective of which is to allow access to the historic mine. And, the best example of development in this direction is the construction of the largest graduation tower in the south of Poland erected next to the mine entrance for tourists, said Kajetan d’Obyrn, Chairman of the Board of “Wieliczka” Salt Mine S.A. The graduation tower is the next step taken towards restoring the image of the town as a spa resort, serving the inhabitants of all southern Poland as in the radius of 300 kilometers there is no such facility of a similar dimension, he added.

The opening ceremony of the graduation tower took place 1 December and was part of the celebrations of Barbórka Day at the “Wieliczka” Salt Mine. The year 2014 turned out to be a record breaking year in terms of the number of tourists who visited the mine as by the end of November over 1.22 million guests from around the world arrived to the Wieliczka mine, said Marian Leśny, Chairman of the Board of “Wieliczka” Salt Mine Tourist Route. The newly opened graduation tower has generated great interest among tourists, patients and the townsfolk of Wieliczka. The graduation tower as well the two treatment chambers opened in the mine this summer have broadened the spectrum of health treatment services provided by the“Wieliczka” Salt Mine.

How does it work?

The working principle of the graduation tower is very simple. The secret of the tower lies in its specific construction while the objective of the whole process is to obtain at least a 16% NaCl concentration in the water. The brine thickens while flowing down the blackthorn branches and breaks up when it hits each twig – it partially evaporates saturating the air surrounding the construction with a saline aerosol. This aerosol or spray has specific health features as is possesses a significant ability to penetrate the mucous membrane of the respiratory system and skin. A concrete bowl is located under the timber construction of the walls and tower in which brine collects and then it is channeled gravitationally to a closed underground reservoir situated under the graduation tower next to the pumping station. The brine is pumped from the reservoir to a system of wooden chutes laid along the top of the walls and at the base of the tower where it continues to flow through wooden stop valves, regulating the flow of the brine, to smaller chutes with cuts in them through which it is possible to evenly distribute the brine onto the blackthorn branches under the chutes. Streams of brine flow down the blackthorn branches where they ‘break up’ forming the curative aerosol. The sun and the wind increase the effects of the graduation tower.

Of course, Wieliczka brine flows through the Wieliczka graduation tower. At the end of the year 2013, the brine from two sources in the mine, on Level VI and Level VII, received a certificate confirming the curative properties of the mineral waters and a recommendation that it may be used, among others, for inhalations. There are only three graduation towers in Poland larger than the one in Wieliczka, but all of them are located north of Warsaw. This means that within the radius of 300 kilometers of Wieliczka there is no such facility of such a dimension. The largest graduation towers are located in Ciechocinek, Konstancin-Jeziorna, Inowrocław and Gołdap. There are several mini-towers (operating on a similar working principle) that also function in Grudziądz, Busko-Zdrój, Rabka Zdrój, Sołonka and Dębowiec. Graduation towers operating in neighbouring with Poland Germany – (20 facilities), also in Austria (1 graduation tower).

Who and why should visit the graduation tower?

Inhalations at the graduation tower are recommended for persons suffering from recurring and chronic ailments of the respiratory system. Thus, patients with rhinitis, sinusitis, laryngitis and during the period of post-therapy of acute infections of the respiratory system will feel a relief. The brine aerosol also helps patients to remove mucus during such ailments as, for instance, bronchitis, chronic obstructive pulmonary disease and bronchial asthma.

The benefits of inhalations at a graduation tower are well known. The salutary effects can be observed especially with patients suffering respiratory system disorders. Inhalations at a graduation tower have a positive impact on the mucous membrane of our nose, throat, sinuses, trachea and larynx, confirms doctor Magdalena Paciorek, Assistant Health Treatment Consultant at the “Wieliczka” Salt Mine Health Resort. The microclimate of the area surrounding the graduation tower is also serves as a preventive measure for healthy persons cleansing their respiratory tract and improving their body defence system. This allows to protect oneself, at least to a certain extent, from recurring infections.

The best treatment effects can be achieved while standing not closer than 30 meters from the tower while the recommended duration of a single visit is 15 to 30 minutes, twice a day. It is also recommended to have a brisk walk after the visit to the graduation tower or take a stroll along the park avenues. You can also enter the roofed platforms or the tower from which you can admire the magnificent view of the surroundings. But, if you just want to relax and take a deep and healthy breath in the area of the graduation tower there are plenty of benches to sit on in the area.